Welcome to the Electronic Instrument Museum! 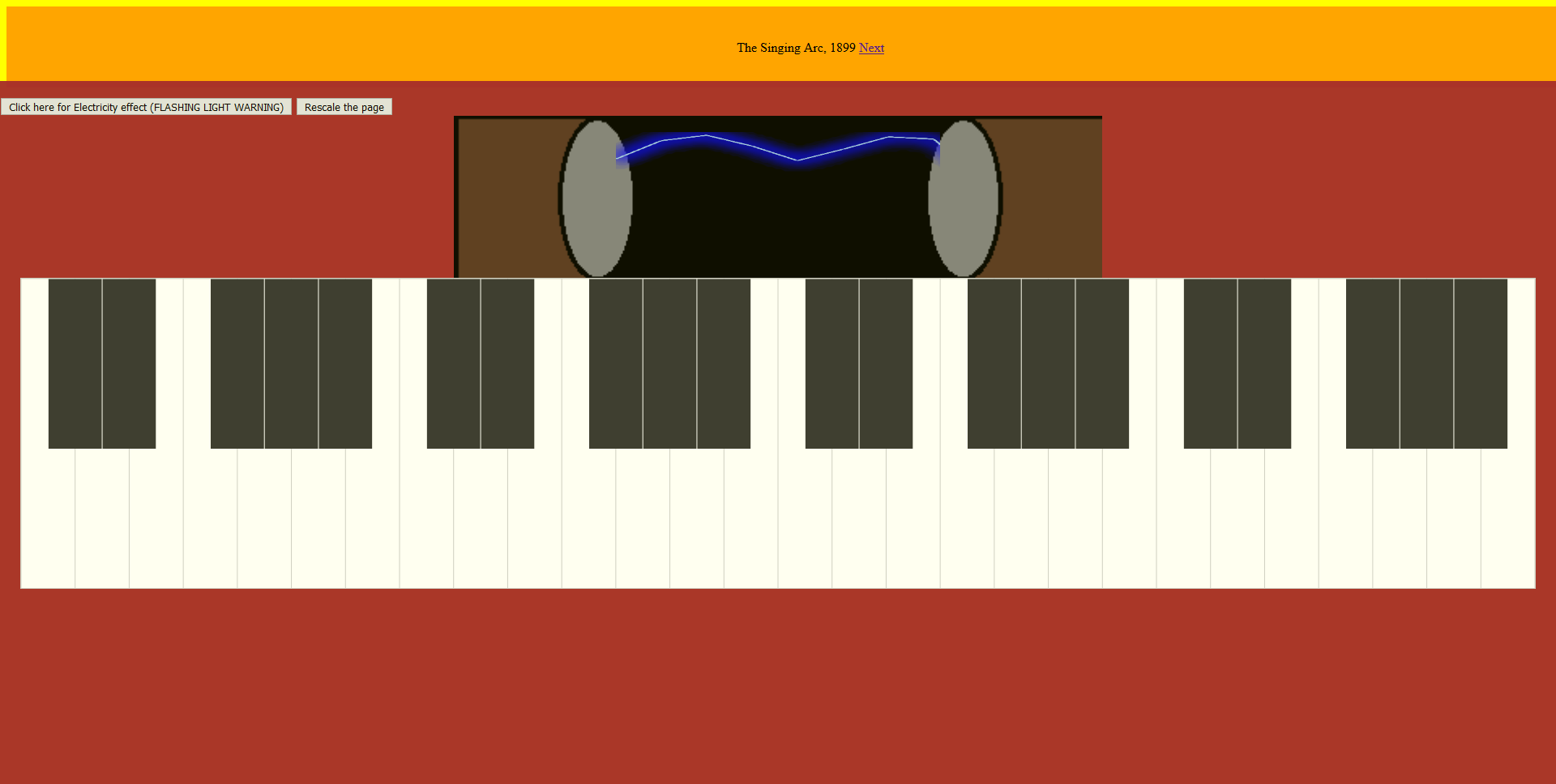 Using the ever-buzzing Carbon Arc Lamp system in London, inventor William Duddell was able to turn an unpleasant buzzing sound into one of the first ever instruments using electricity. People using other lamps connected to the same circuit were also able to enjoy the music being played, which could have led to the birth of music being played over distance. 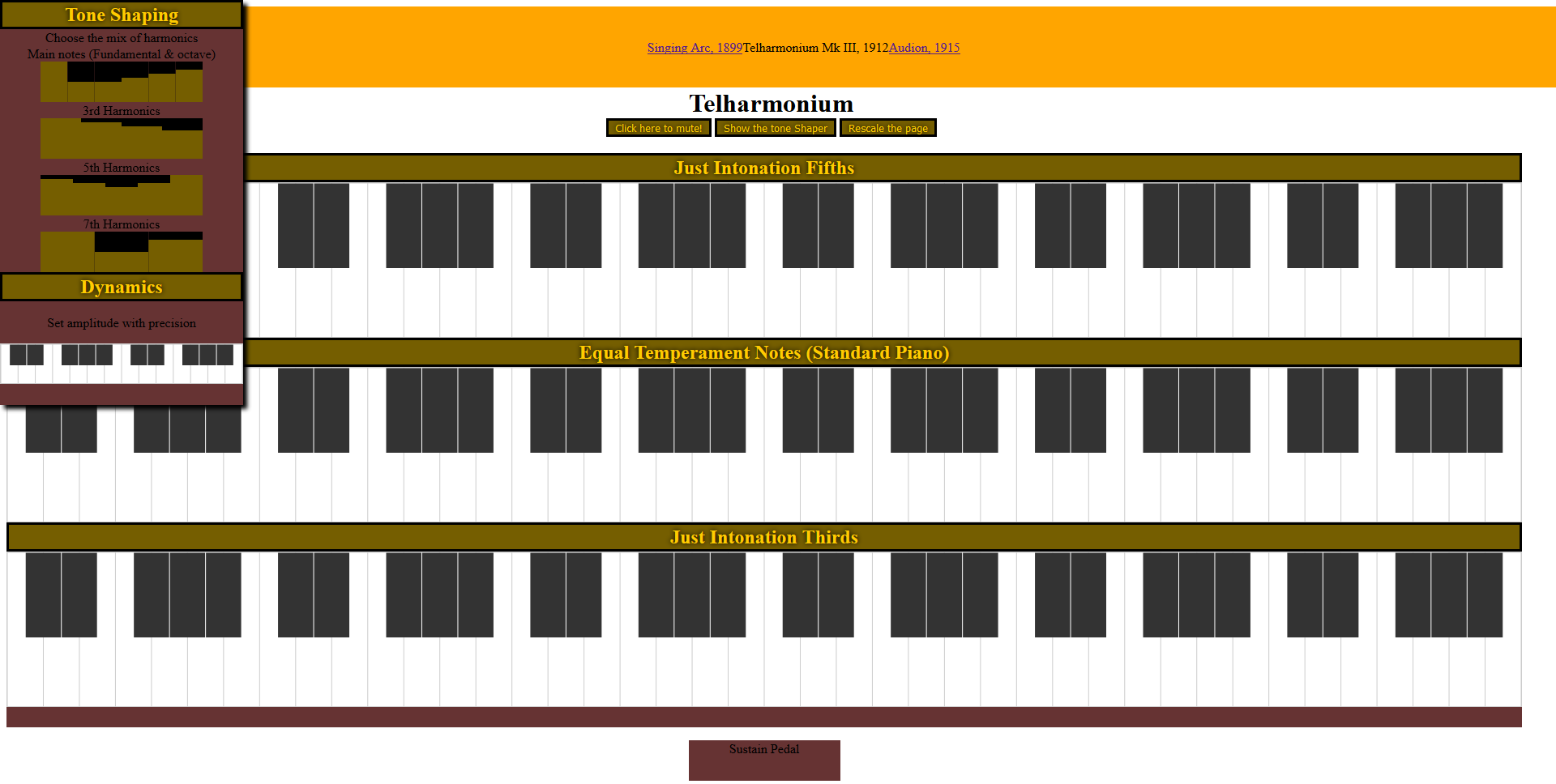 Thaddeus Cahill’s colossal invention was a feat of engineering, generating synthesised sine waves using spinning elements and alternators, which could be combined to make many instrument sounds. It too had the potential for long-distance music playing, as it was connected to telephone lines, and users could pay to receive music into their homes or businesses. 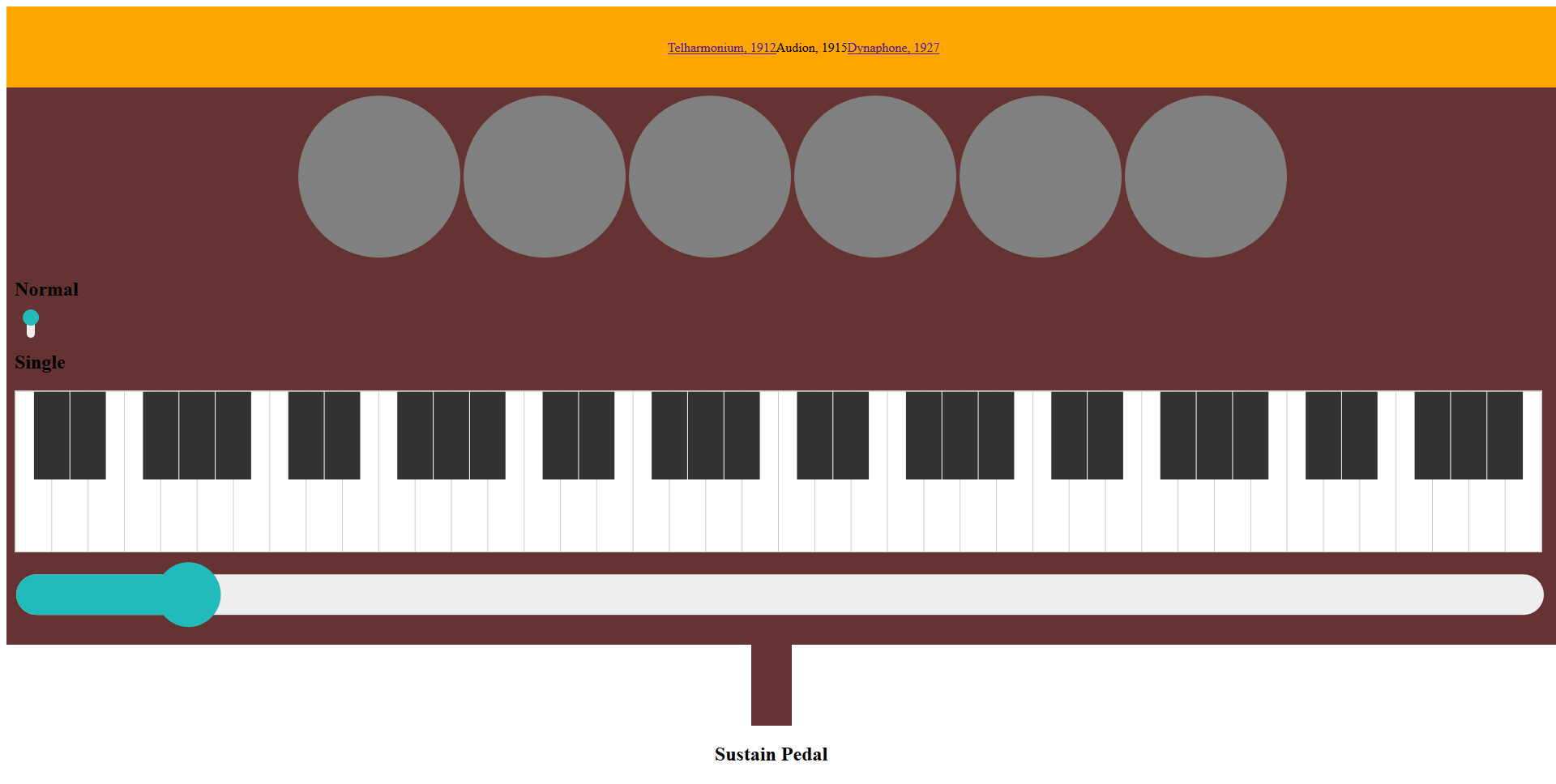 The Audion was one of the first valve-based instruments, using a technique of mixing two high-frequency notes together to create a note that can be heard from the difference between them. Creator Lee De Forest also included a slider to make expressive glissando notes possible. 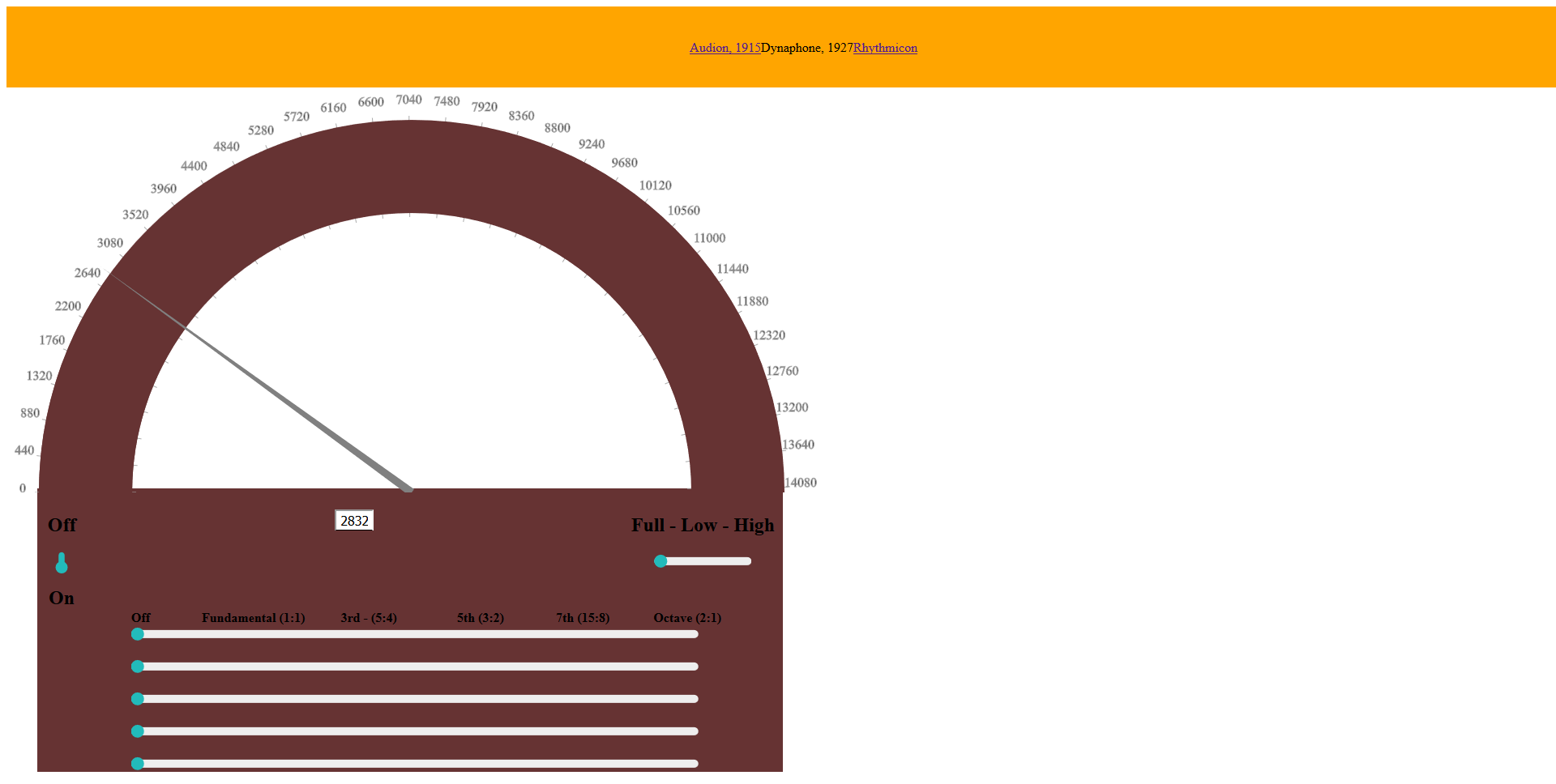 This instrument worked using a dial which could be turned to change the note or frequency being played. Rene Bertrand’s invention was promoted by composer Edgar Varese for its ability to play any note precisely, and without a dip in volume in the higher frequencies.

Henry Cowell commissioned Louis Theremin to build the Rhythmicon so that he could explore rhythms which were difficult to play with multiple musicians, and also in order to explore the idea of using pitch and rhythm patterns based on a number series based on harmonics.

Read much more about these instruments and more at 120 Years.net

More about the Web Audio API

Buttons, Pianos and Switches all created using the Nexus UI.

Information about the Telharmonium came largely from "Magic Music from the Telharmonium" by Reynold Weidenaar - the book is freely accessible on his website http://magneticmusic.ws/.